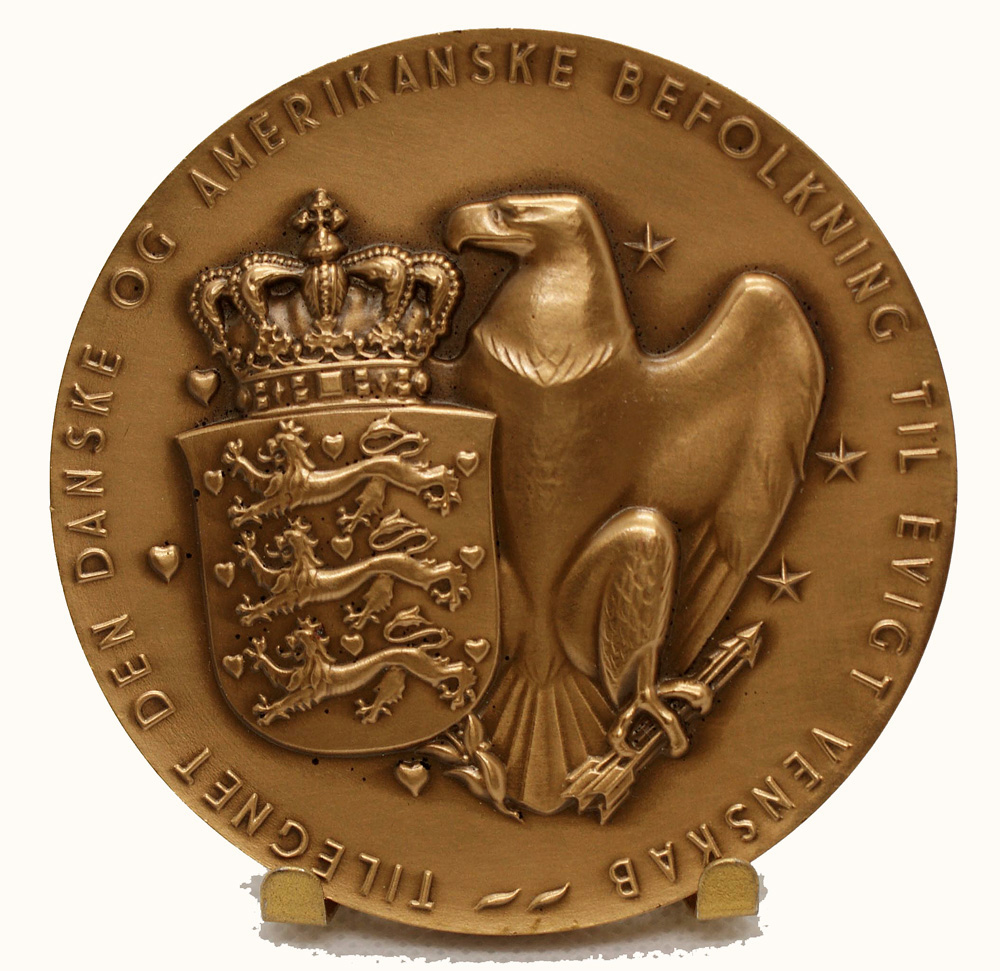 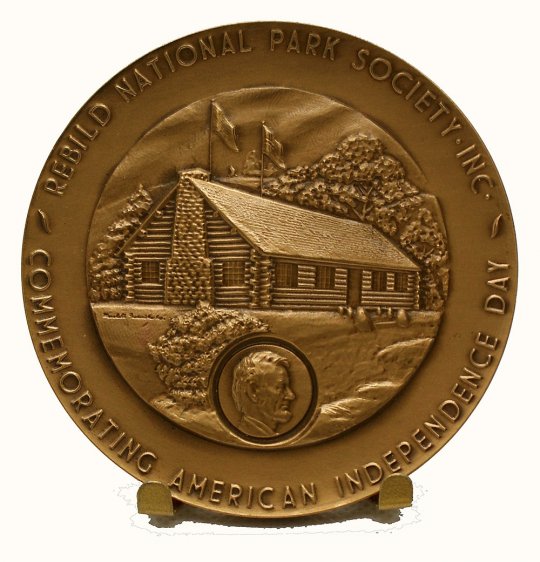 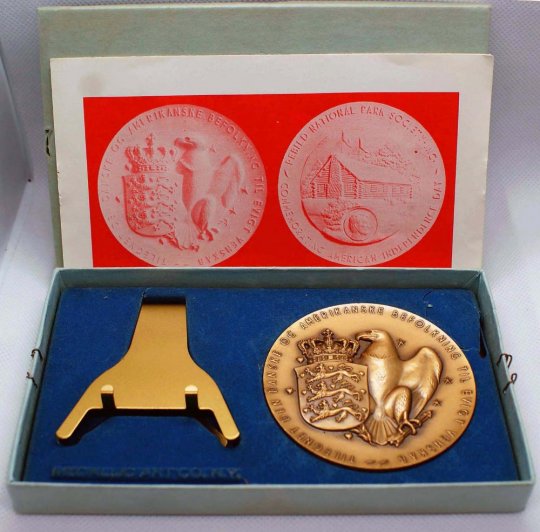 United States of America Bronze Medal in uncirculated condition. Issued to commemorate the close relationship between the USA and the Kingdom of Denmark. The obverse of the medal depicts the American eagle and the Danish crowned coat of arms side-by-side surrounded by the inscription “D edicated to the Danish and U.S. Population” (in Danish). It’s reverse design depicts the log cabin in the centre of Denmark’s Rebild National Park flying the Danish and American flags. A cameo of President Lincoln appears below. The medal is marked on it’s edge with the the maker’s name. Undated. The Rebild National Park Society Inc. is a Danish-American friendship society that holds an annual July 4 ‘ Independence ‘ weekend festival in the park for Danish-Americans. Struck in Bronze by the Medallic Art Company of New York. It has a 70 mm diameter and weighs 152 grams.

Supplied in original box, with description